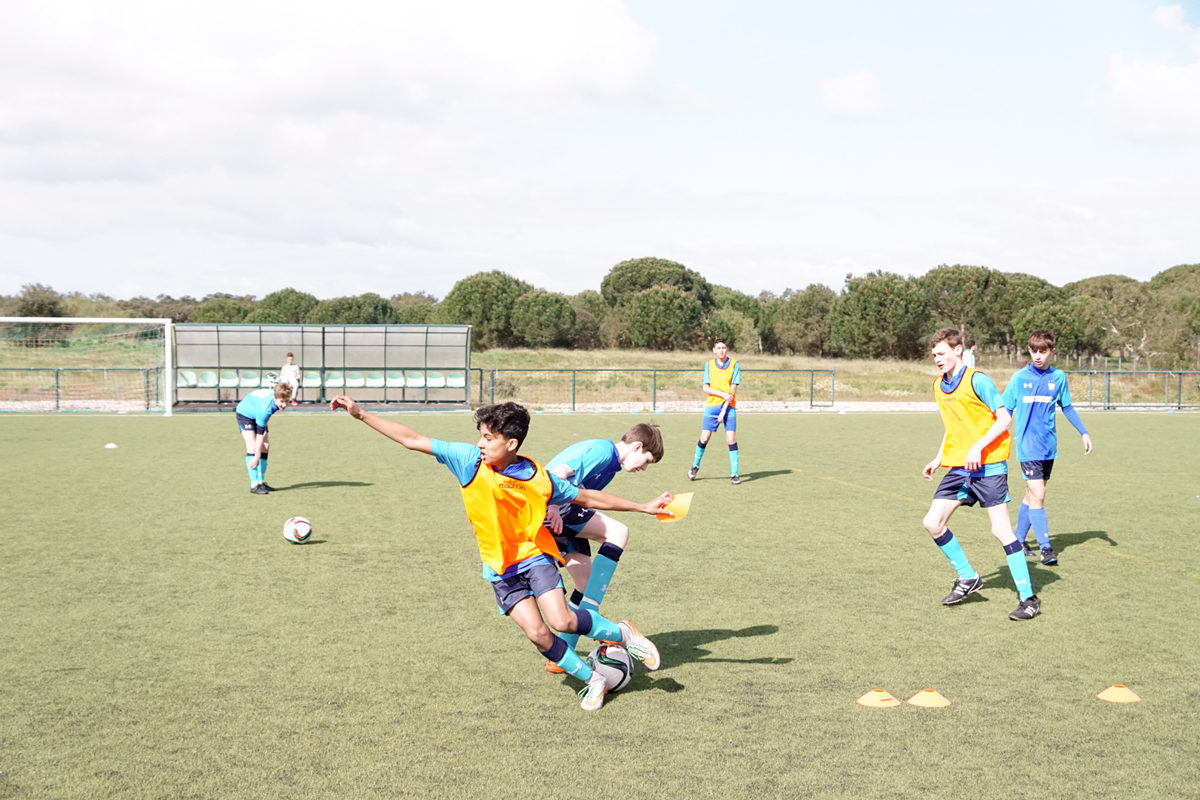 It’s day three and some very tired players pulled themselves out of bed this morning to be treated to a beautiful sunny day at the Academy.

As the boys were starting to find the training a bit tough we changed the program and designed it to be more of a rest day today, and allowed a slightly later start and Coaches Nuno (x 2) kept the training to fun games of low intensity. EFA Head of Physical Preparation Jason was able to take some of the older boys for a short session on gym based work after a short lecture on gym training dos and don’ts, rules and explanations on the basic of gym training.

The afternoon was very relaxed today allowing the boys some time off to watch Sporting Lisbon’s B team play a home league match in the Stadium on site.

U14 Captain George, and team mates, Harry, Pete and Amadu kitted up for their Sporting Academy training tonight and were excited to get back out there after the experience of yesterday’s training.

Scholarship Player Sineen was turning out for his Sporting Academy team tonight in the City of Lisbon under the watchful eye of EFA’s coach Nuno.