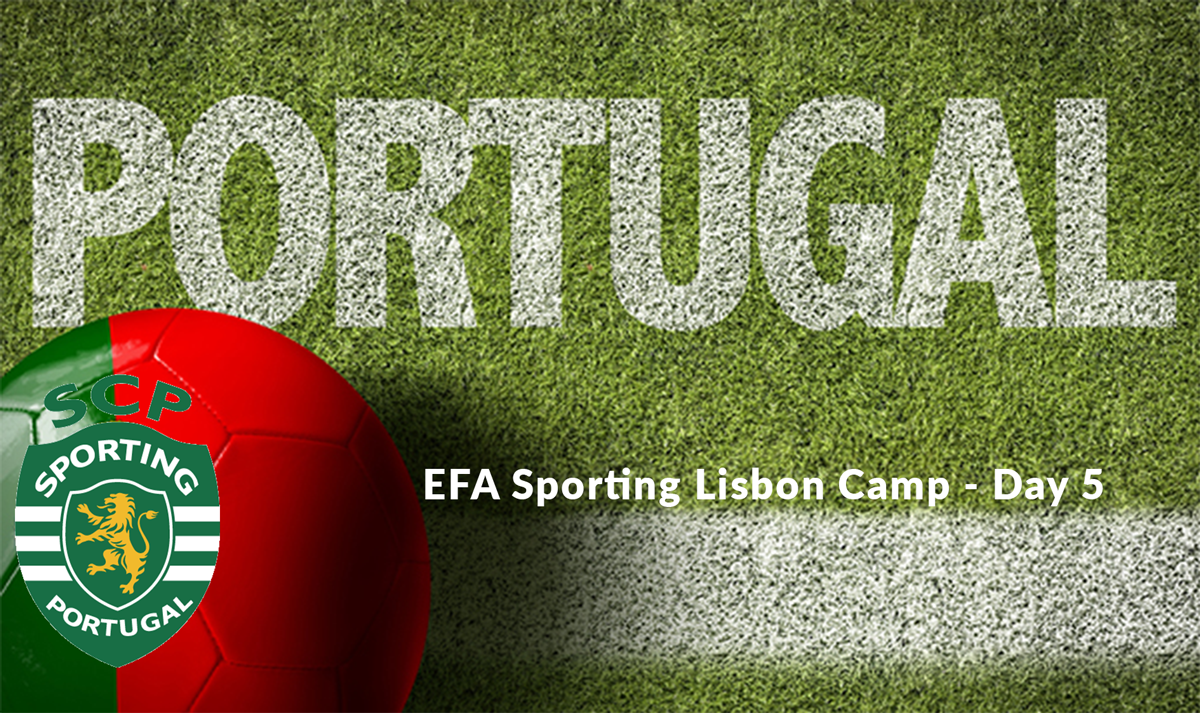 Today the boys woke up at 8am as usual and were still excited about yesterday’s match, having breakfast at 8.30 as always. Routine is taken very seriously at an academy like Sporting CP, so schedules are to be followed.

The morning training session was quite interesting and focused on ‘defensive and offensive transitions’, which the boys

are already familiar with it, since we focus a lot on that. The coaches seemed very happy with the intensity of training and the boys attitude, even after a week of such heavy training.

After the morning session, coach Nuno asked the boys to tidy their rooms and organise their wardrobes, as they can sometimes get a bit messy.

Lunch, which included soup, pasta with tuna and/or rice with grilled chicken and salad, came soon and we were all glad to see that the boys eating habits in the academy have improved a lot, with little to no complaints about the soup or vegetables. They all cleaned their plates and some even repeated their meals - they already eat like athletes!

In the afternoon after a bit of relaxing and fun time in the games room, the boys had the last and final - at least for this season - training session of the camp. They continued to work on the topics they focused in the morning. In the end, they were proudly handed their diplomas for the camp. They all looked so satisfied for having accomplished it, it was simply great to see.

Dinner came soon, at 7.30pm, and you could tell the boys were already missing the academy. If they could they would surely have stayed another week.

Tomorrow is going to be our last morning at the Sporting CP Academy and we will have to wake up early, so bed time was early too