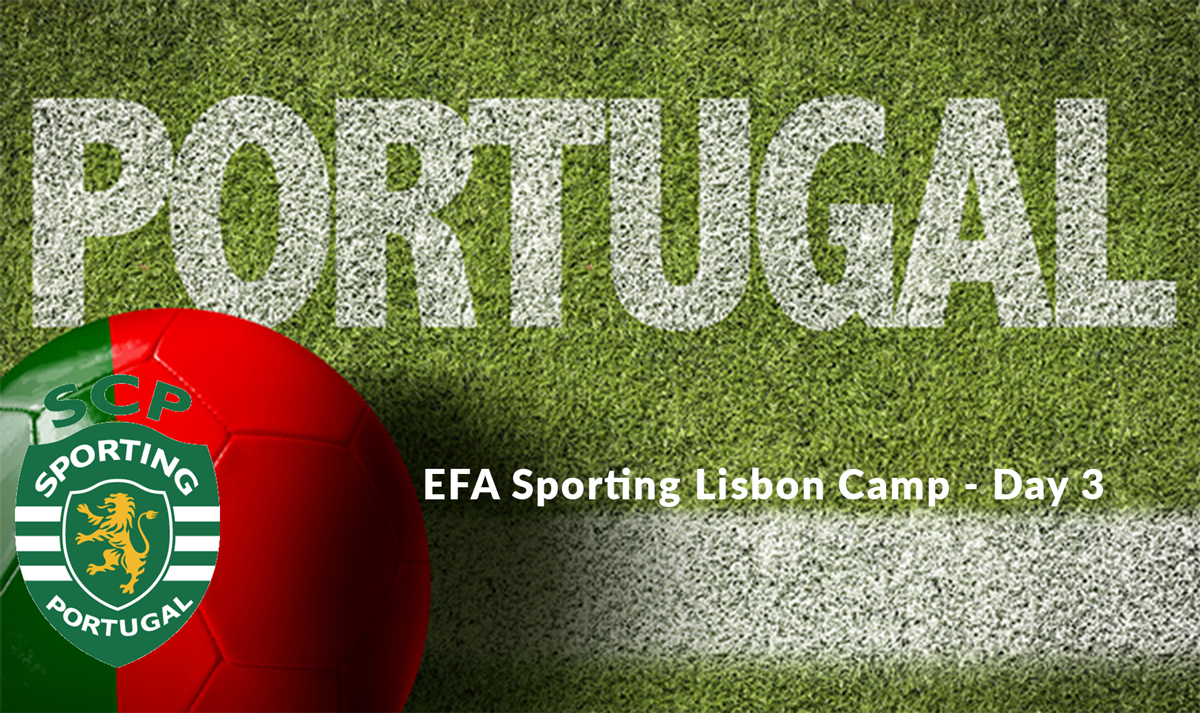 Our third day at the academy started as usual, with an early morning and with breakfast and normal morning training at the camp with Sporting CP Coach João, who promptly explained that today’s training would be a bit less demanding physically than in the former days as the boys can start to get sore from so much football.

The session’s topic today focused on 2v2 situations so the boys had the chance to show all their competitiveness in the drills.

Shower and lunch followed, and the afternoon promised to be lots of fun with a few competitions organised by EFA coaches Nuno and Luca and these included the crossbar challenge, won by U11 Tommaso and penalty shots, won by U16 Samuel.

The Sporting CP B team was going to play an official match against Famalicão FC that took place in the Aurelio Pereira Stadium and our players were invited to be the ball boys for a day of a professional team.

Of course we said yes, and they couldn’t be happier with the chance to show their football skills during the team’s warm up and at break.

Dinner came afterwards and so did the usual competitions in the games room.

There was still time to watch the Juventus-Real Madrid match with the Sporting resident players and to celebrate Ronaldo’s decisive goal with tons of enthusiasm.

Boys went to bed tired but excited with the prospect of participating in another day of camp and watching the Europa League’s match Sporting CP v Atlético Madrid tomorrow.

See what Happened on Day 4