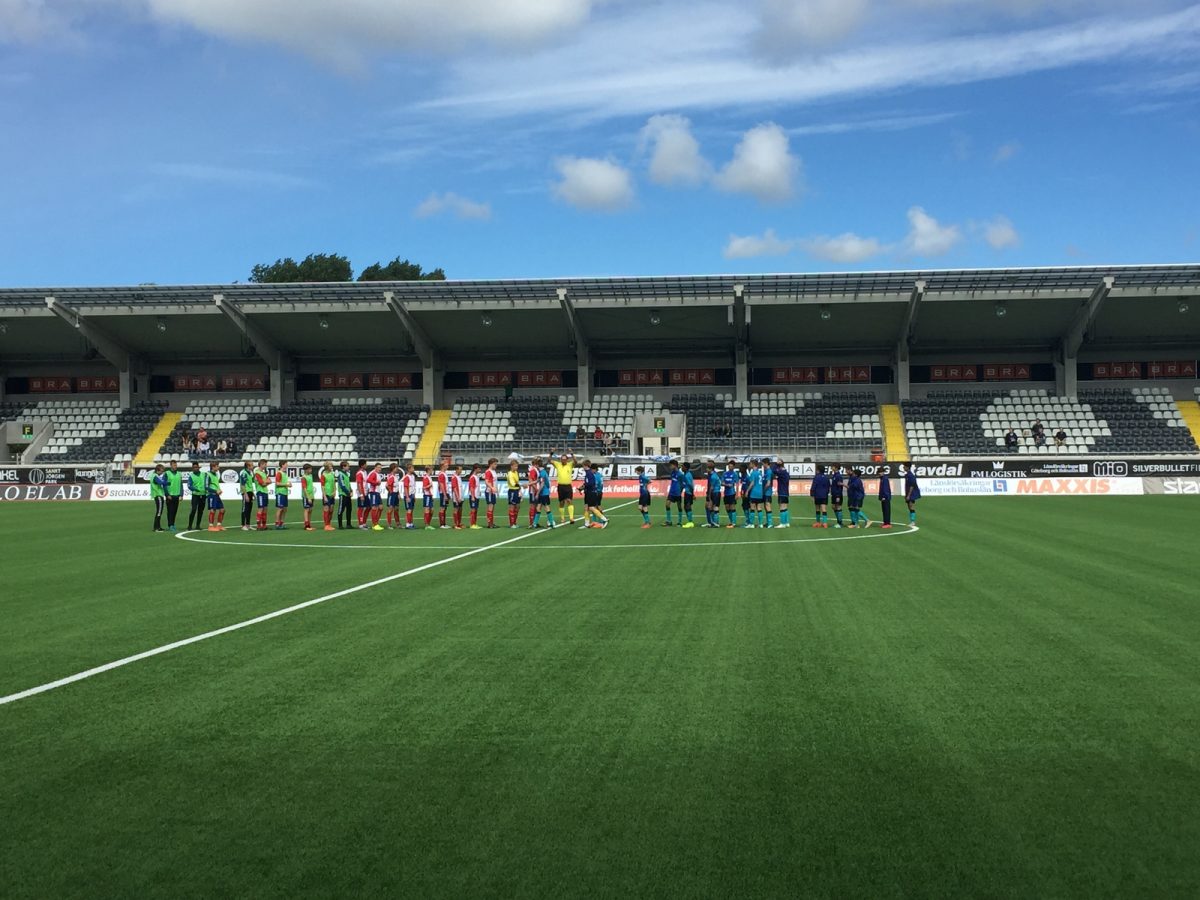 First game of the tournament and the Opening Ceremony

8am Wake up!, some tired heads pulled themselves out of bed after the first night in a strange place, and the early rising of the Scandinavian sun.

Breakfast for all, plenty of water and then packed up ready for the game.

We arrived at the Bravida Stadium, a few wide eyes and wows! as we entered the grounds and got to see the pitch we were playing, it was then the boys realized this was what the journey was all about. Coach Nuno gathered the team up and led them in to the changing rooms to begin the preparation and start settling the team down to get focused on the task ahead. Our competitors for the day were called Lyn FC, a strong Norwegian club with a long History and physically larger team than ours.

We had a good warm up out on the pitch sidelines to get a sweat up while the previous game played on and back in to the changing rooms for the final team talk.

The boys started very strongly and controlled the ball very well, unlucky not to score first against a physically bigger and faster team with a free kick near the goal. Lyn opened the scoring with a very good goal from a wide cross and a volley in to the net from their winger who would go on to score a hat trick.

A little shell shocked but still in the game once two nil down the boys started unfortunately started to get sucked in to the Lyn tactics and we went down three nil in to the half. The Second half proved to be a lot more settled as the boys relaxed and started to play their own game, realizing they had been pulled in to Lyn FC’s hands, they adjusted and competed with some great saves from our keeper Shaun Feakins and fine game control from one of our younger players Sebastian Cruz  who stepped up and proved his place in the team was deserved.

A goal late in the game put Lyn four goals ahead, and our boys walked in to the changing rooms heads down, but realizing that today was just the first game in the tournament, against a strong opposition.

We travelled in to the Gothia cup area to take in some of the atmosphere of the tournament and see some of the older teams play near the Stadium before the opening ceremony. Huge crowds of boys and girls of all ages and countries lined the streets on the way to the stadium entrance as Gotenburg took on an Olympic like life of its own (much to the dismay of anyone who had decided to try and drive down the roads to get home that night). Finding our seats high in the stands we had a great view over the main arena and the entertainment to come.

60,000 seats were filled as the music and teams chosen to represent their countries filed in to the loud cheers of the spectators. The biggest cheers being held back for the 4 countries with the largest representation, England, USA, Norway and last of all the biggest cheer for Sweden itself.

The night finished in a crescendo of fireworks with a huge display in time to the beats of the music. A couple of night buses home and the boys were asleep before their heads hit the pillows late.

The next day’s game firmly in their mindset. 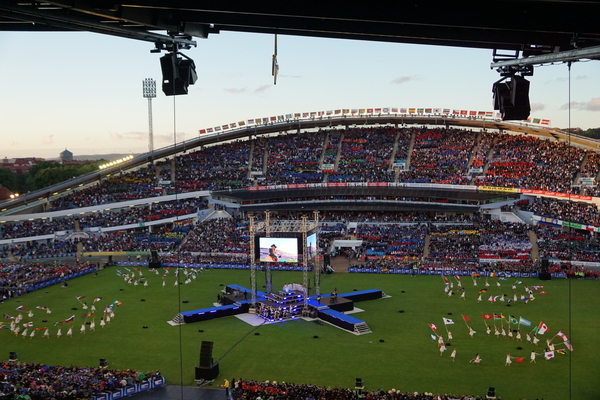